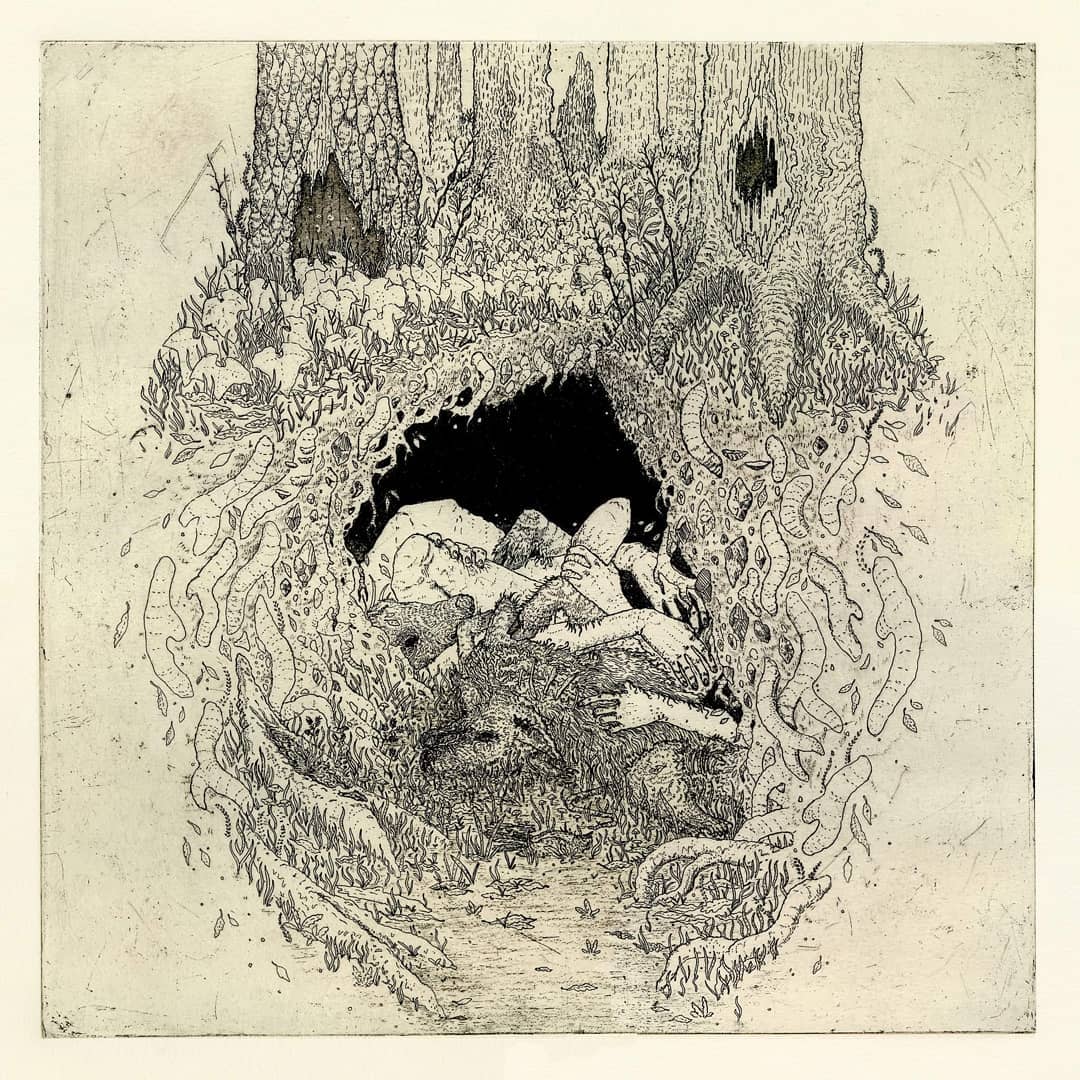 MALEVICH from Atlanta, GA have a new album coming out in October. "Our Hollow" is their 2nd full-length effort. Dead Red Queen Records will be releasing cassette copies in the US. The pre-order is live, $8 each. This harrowing tour de force will be lurking, waiting for you to stray down. Follow your fears into the blackness.

"The past couple of weeks has not had me feeling cheery. I feel like we’re getting closer and closer to some sort of epic Nazi-punching battle. If that’s the case, then I’m going to have to prepare myself to crush skulls, and as soon as I heard the new release from MALEVICH I knew I’d found my soundtrack. It’s misanthropic, but it takes turns into a space of quiet self-reflection that reminds me that there are things to be fought for. This is music for fans of looking into the abyss of pain and releasing your demons to Gaia. The new album is called Our Hollow, and it’s due to enter the mortal plane on October 25th, 2019. It’s now available for pre-order on vinyl and cassette from the following labels: Sludgelord Records (UK vinyl), Middle Man Records (US vinyl), Fremen Death Commando (US vinyl), Zegema Beach Records (CA cassettes) and Dead Red Queen Records (US cassettes). Today we’re excited to be sharing a teaser for the album below – it gives you an idea of the depth of Our Hollow, but trust me, there is so much to find on this record. Stay tuned for a stream in the very near future…plus keep an eye on Adult Swim, because Malevich will be performing live on Bloodfeast on August 29th at 10pm and it will be live streamed!" (CVLT NATION)